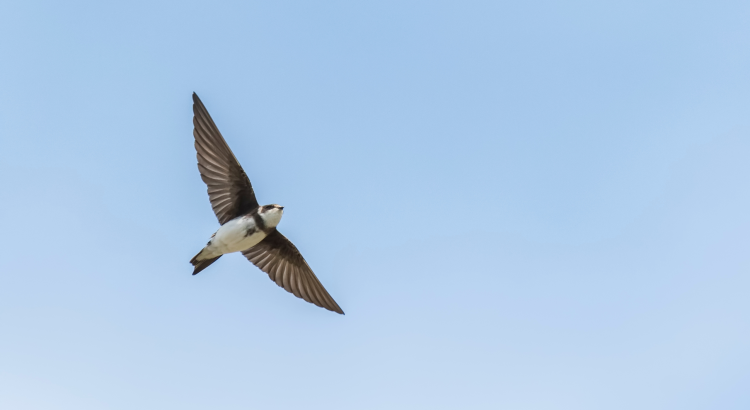 Bank swallows (Riparia riparia) are insectivorous songbirds with a distinctive dark brown breast band separating their brown upperparts from their white underparts. Known for their fast, agile flights, these small passerines can be seen buzzing acrobatically through the air along Prince Edward Island’s coasts during the spring and summertime. Bank swallows nest colonially in sandstone cliffs, till bluffs, high sand dunes, and sand pits. As they fly over nearby meadows, wetlands, and agricultural grasslands they forage on insects like beetles, wasps, bees, flying ants, and mayflies. Based on this feeding strategy, bank swallows belong to a guild of birds called aerial insectivores. Like many aerial insectivores, bank swallow populations in Canada are declining due to threats contributing to the loss of their breeding and foraging habitats: land use changes and associated agricultural intensification, and the practice of shoreline armouring. Bank swallow may also be indirectly impacted by pesticide use, which reduces the abundance and availability of their insect prey. In recognition of these threats, bank swallow was listed as a threatened species under the Species at Risk Act (SARA) in 2017.

END_OF_DOCUMENT_TOKEN_TO_BE_REPLACED 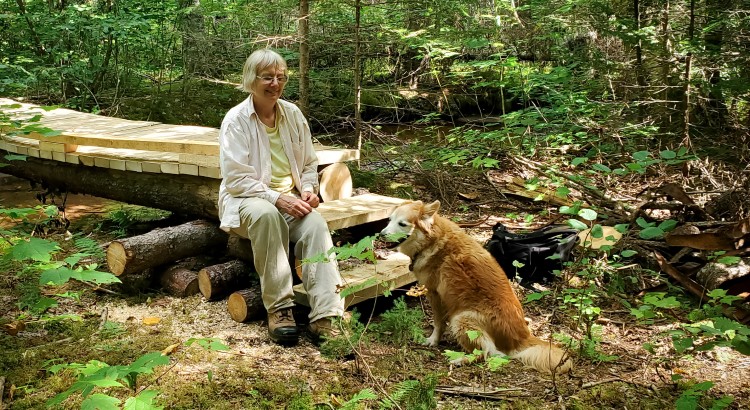 Jeanne Maki is one of the private land stewards that has taken the safekeeping of PEI’s natural areas into her own hands. Jeanne protected two forested properties in 2019 under the PEI Natural Areas Protection Act, the 40.5-acre Page and Maki Natural Area in Lewes and the 50-acre Jeanne Maki Natural Area in Iona. Jeanne has been a fixture in the conservation community for many years and was the 2020 recipient of the Hon. J. Angus MacLean Natural Areas Award for her significant work in increasing and improving natural areas in PEI. Here are a few thoughtful words from Jeanne about her choice to protect her land: