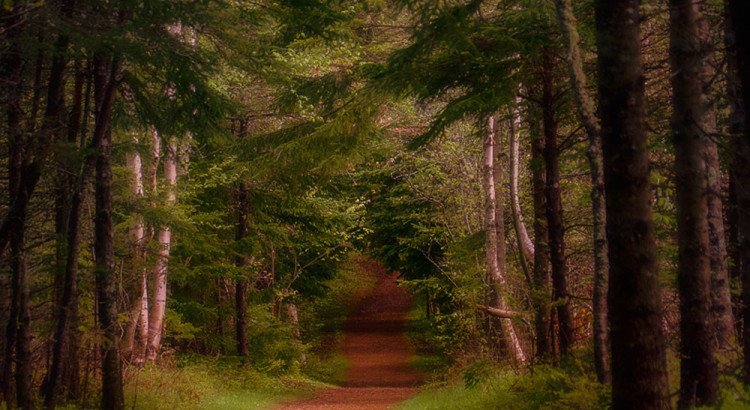 Island Nature Trust is governed by a volunteer Board of Directors of 8 to 12 general directors as well as one representative from the following founding organizations:

Gordon, who has practiced law since 1980, comes to the Island Nature Trust with extensive personal and professional volunteer experience. He has served as a Commissioner on the Judicial Review Commission (PEI), the Treasurer of the Law Foundation of Prince Edward Island, and President of the Federation of Law Societies of Canada. He has also chaired the Red Cross Multi-Sport Relay and the Prince Edward Island United Way Campaign, as well as the Inspire fundraising campaign of the University of Prince Edward Island.

During her career at the College of Law, University of Saskatchewan, Marie-Ann actively pursued research and teaching in the areas of environmental law, property and water law. Since retiring Professor Emeritus from the College, she has returned to PEI and has joined the Board of the Upton Farmlands Trust and helped secure a new Water Act with her colleagues at the Coalition for the Protection of PEI Waters.

George moved to P.E.I. in 1983 as a lecturer at U.P.E.I. and consultant with a small firm – Island Energy Associates – which specialized in alternative energy projects. After working several years in the private sector, he spent twenty-seven years in various senior management positions with the Province in Energy and Forestry, IRAC, Health, Provincial Treasury, and Justice and Public Safety/Communities, Land and Environment.

George, Maureen, and Molly particularly enjoy their cottage, boating/kayaking, and hiking throughout P.E.I. Molly is less cooperative with cycling, skiing, and snowshoeing. George also purchased a used ambulance in 2016 which he converted to a camper for exploring Atlantic Canada and Quebec.

She is the Managing Director and Founder of Food for Development, a global consultancy focusing on food systems,  rural development, agribusiness and the integration of private/public sector goals with food insecure communities in Latin America and Africa.

She is also the President/CEO/Founder of ynSyte (INSIGHT), one of the world’s leading research and business intelligence software companies.

Patricia is a Guest Lecturer and Visiting Researcher at Georgetown University in the area of food systems, trade and value chains, livestock production and climate change.

She holds two Master degrees (from the University of Buenos Aires in Agronomy and from Georgetown University’s School of Foreign Services focusing on Political Economy in Latin America) and is multi-lingual, speaking English, French, Spanish and Portuguese.

Patricia has been a strong advocate for integrating climate change into food policy and agriculture discussions, agriculture land into conservation easements and environmental stewardship.  She currently serves on the Board of Advisers in the University of California-Davis Olive Center and  Board of Directors of the Indian River Festival.

June Jenkins Sanderson is an environmentalist and social justice advocate who joined the board of Island Nature Trust in 2017. A retired educator and counselling therapist, she holds Bachelors of Science and Education degrees from UPEI and a Masters in Psychotherapy from Acadia University. June has experience on boards at the National and provincial levels including the CCPA, ELSB and the Canadian Red Cross. Currently she is one of the leaders for the Terry Fox Naturalization Gallery in Cornwall. June also volunteers with a national youth leadership initiative and with the United Church on issues relating to social justice. 2016 saw June recognized as one of the Women in Leadership in PEI. An avid naturalist June believes that access to natural places is an important component of maintaining health at all ages. She and her partner David live in Warren Grove and spend time exploring natural spaces on foot and bike.

Favourite (two) places in PEI: 1. Sitting under the elder Eastern hemlocks in our woodlot watching the dogs romp in the ground hemlock discovering homes of small creatures. No man made sounds except for my breath. 2. Lying on the warm red sandstone around our favorite snorkelling hole after a wonderful viewing of brown and red algae and the odd lobster.

Favourite quote: “Those who contemplate the beauty of the earth find reserves of strength that will endure as long as life lasts.” Rachel Carson

Keila Miller lives in Souris, Prince Edward Island with her husband Terry and their two sons Ayden and Maddox.  She enjoys spending her free time exploring the beach, streams or snowshoeing through pristine winter landscapes with friends, family and her two dogs Bruce and Doug; enjoying the fresh air, atmosphere and all that nature has to offer.  Keila also spends her time volunteering for local sport organizations as well as various conservation and environmental committees.

Keila works as the Co-Watershed Coordinator for the Souris and Area Branch of the PEI Wildlife Federation.  She oversees and manages many diverse and significant conservation strategies in Eastern Prince Edward Island, particularly concerning Atlantic salmon stream habitat enhancement efforts and the implementation and promotion of healthy watershed ecosystem initiatives within Souris and the surrounding communities.

Lindsey Burke is originally from Ontario, having moved to Prince Edward Island in 2016 to pursue a career in ecology. She completed the Wildlife Conservation Technology program at Holland College, and went on to earn a degree in Wildlife Conservation from UPEI. She currently resides in Stanhope, where she enjoys spending her free time taking in the beauty of the north shore, and hiking with her dog Fozzie.

Lindsey currently works for Parks Canada as a Resource Management Officer, where she leads species at risk field monitoring and costal ecosystem management for the Prince Edward Island National Park. In this role she oversees monitoring efforts for several SAR species that call PEI home, with a particular interest in bat research, and bumblebee conservation within the Park . Additionally she sits on the Incident Leader and Wildlife teams for the PEINP field unit. Outside of work she takes time to volunteer with local organizations focussed on environmental conservation and animal welfare, including Ducks Unlimited, the Marine Animal Response Society, and Canadian Wildlife Health Cooperative.

Andrea McManus is a Co-founder and Senior Counsel with ViTreo Group, a Western Canada- based consultancy that specializes in working with charities and non-profit organizations.

With over 35 years’ experience in fund development, marketing, sponsorship and non-profit management, Andrea has worked with organizations that span the non-profit sector with particular focus on building long-term and sustainable capacity that is firmly anchored in a philanthropic literacy and strong governance through all levels of the organization.

Andrea has made many contributions to building a stronger and more professional sector both locally, nationally, and internationally. She was the first person outside of the United States to hold the position of Chair of the International Board (2011-12) of the Association of Fundraising Professionals; and was the founding chair of the Calgary Chamber of Voluntary Organizations. She has sat on numerous local and national initiatives to strengthen the Canadian non-profit sector including the Imagine Canada Ethical Code Advisory Committee, Canada Revenue Agency’s Charities Technical Issues Working Group, and Imagine Canada’s Personal Philanthropy Project. In 2019 she was appointed to the Advisory Committee on the Charitable Sector a cross-Canada committee that provides advice to the Minister of National Revenue on issues affecting the non-profit sector.

Kim Horrelt received her Certificate of Applied Science from Acadia University and went on to complete her degree in Civil Engineering at the Technical University of Nova Scotia. She continued her education and received her master’s in business administration from Saint Mary’s University. She has over 20 years experience in the private sector construction and consulting industry.

As part of the senior management team of M.F. Schurman Co. Ltd. – once a recognized leader in building supplies, concrete and commercial, industrial, and institutional construction projects on PEI – Ms. Horrelt managed numerous major projects on Prince Edward Island, from design through to completion.

Ms. Horrelt has also held roles as Program Manager of Technology and Media programs at Holland College, and as Director of Infrastructure with the PEI Department of Transportation and Infrastructure Renewal. 2013 to 2015 she took a secondment at the University of Prince Edward Island as Executive Director of Government and Community Relations and played a key role the development of the new School of Sustainable Design Engineering. Ms. Horrelt’s latest role was as the CEO of the Prince Edward Island Energy Corporation and the Director of Energy & Minerals division in the Department of Transportation, Infrastructure and Energy.

Ms. Horrelt lives in Stratford, PEI with her husband John and they have three grown children, Ross, Lisa, and Jamie.

Roger spent 20 years in the private sector as a manager and entrepreneur, followed by a career in the public sector that included business support and aerospace recruitment. Roger has been involved with outdoor organizations mainly in the areas of hunting and fishing. Roger is a life member of Margaree Salmon Association, Miramichi Salmon Association and now Island Nature Trust.